The shift-cam system remains in place, but BMW will probably allow more displacement through a larger bore – with the same stroke. A Bore of 104 millimeters with a stroke of 76 millimeters, which results in 1,291 cc. The plus 1.5 millimeter to the bore and upcoming Euro 5+ could require a double ignition, which we saw on the boxers from 2003 to 2012.

There is also a new vertical oil sight glass sitting towards the front of the engine.

It seems to have a semi-dry sump, which largely reduces the enormous pressure pulsations of the boxer at high continuous speeds, which can lead to foaming oil. The new housing also indicates a new cooling system. The well known LC boxer of the K50/K51 drew a good two-thirds of its cooling capacity from air cooling. The new one, on the other hand, seems to be completely liquid-cooled, including the cylinders. This allows even more power. BMW is suggesting between 140 and 150 hp with at least 145 Nm of torque.

The aluminum cantilever of the lower engine mount is clearly visible, running forward from the direction of the swingarm bearing. The new frame concept is most likely accompanied by a completely new final drive. In contrast to the old component, the Para lever single-sided swingarm is a complex, rugged affair and even appears shorter than on its predecessor. That may be deceptive, but it would fit in with the general design of the new R 1300 GS, which will be given a new series code. The internal type abbreviation K50 will be followed by rumors of KA1 for the basic GS.

We also see under the front fairing, what seems to be radar adaptive cruise like the current RT has. It makes sense this will arrive on the GS.

Calipers seem to be provided by Brembo instead of Hayes. 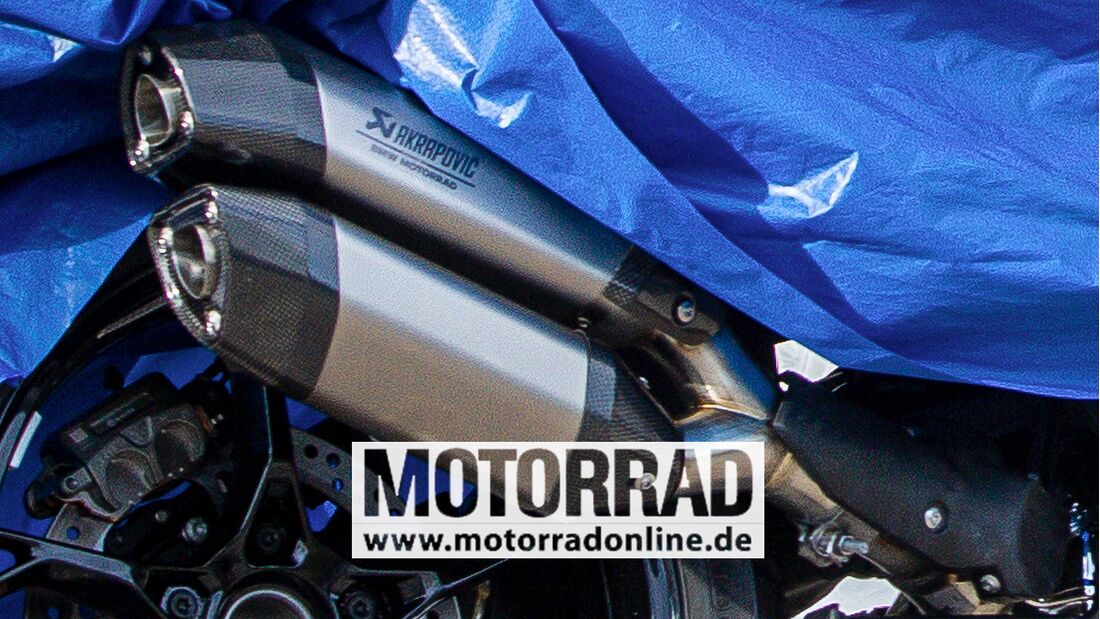 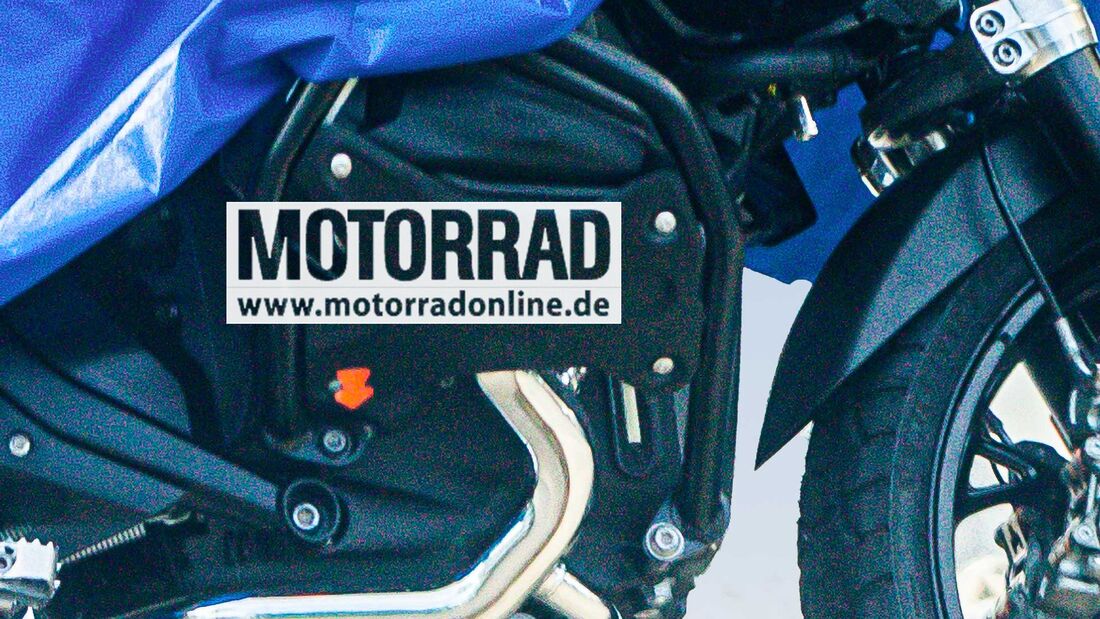 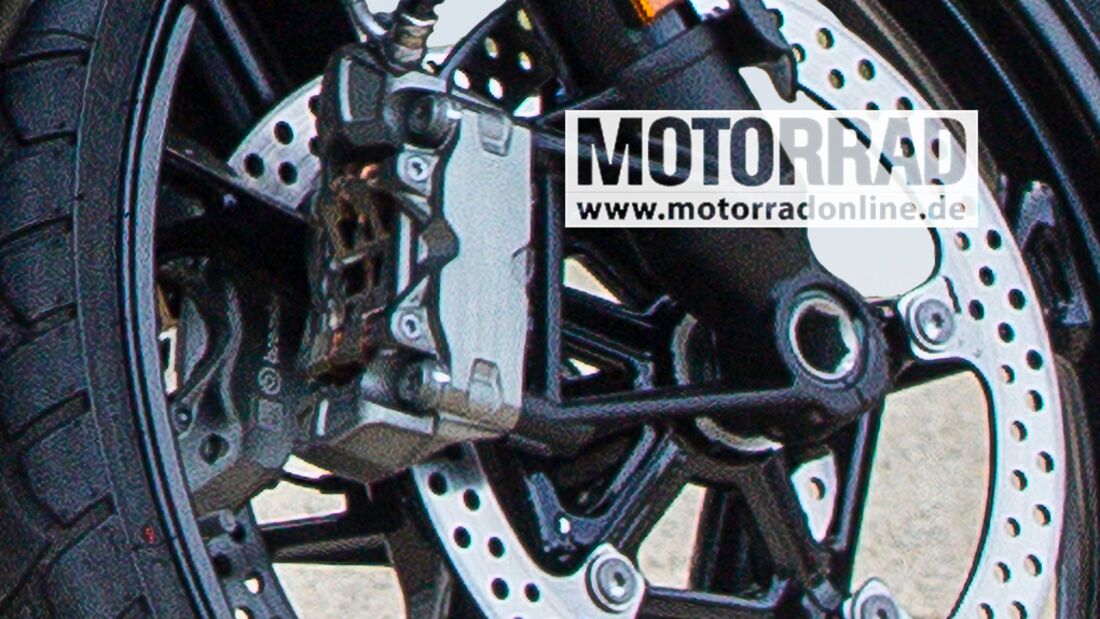 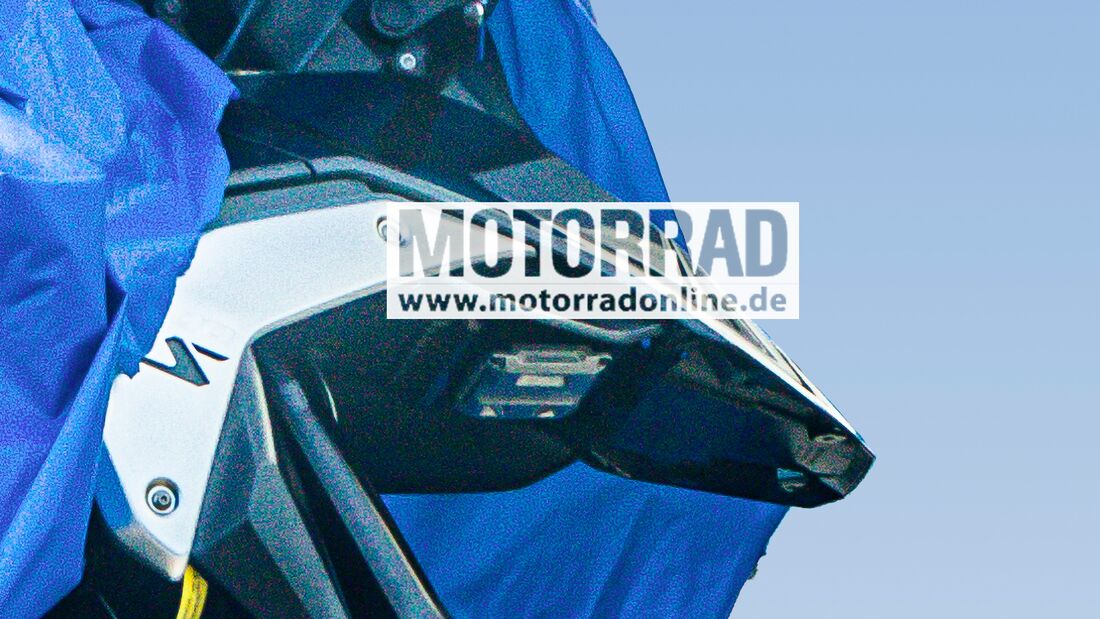